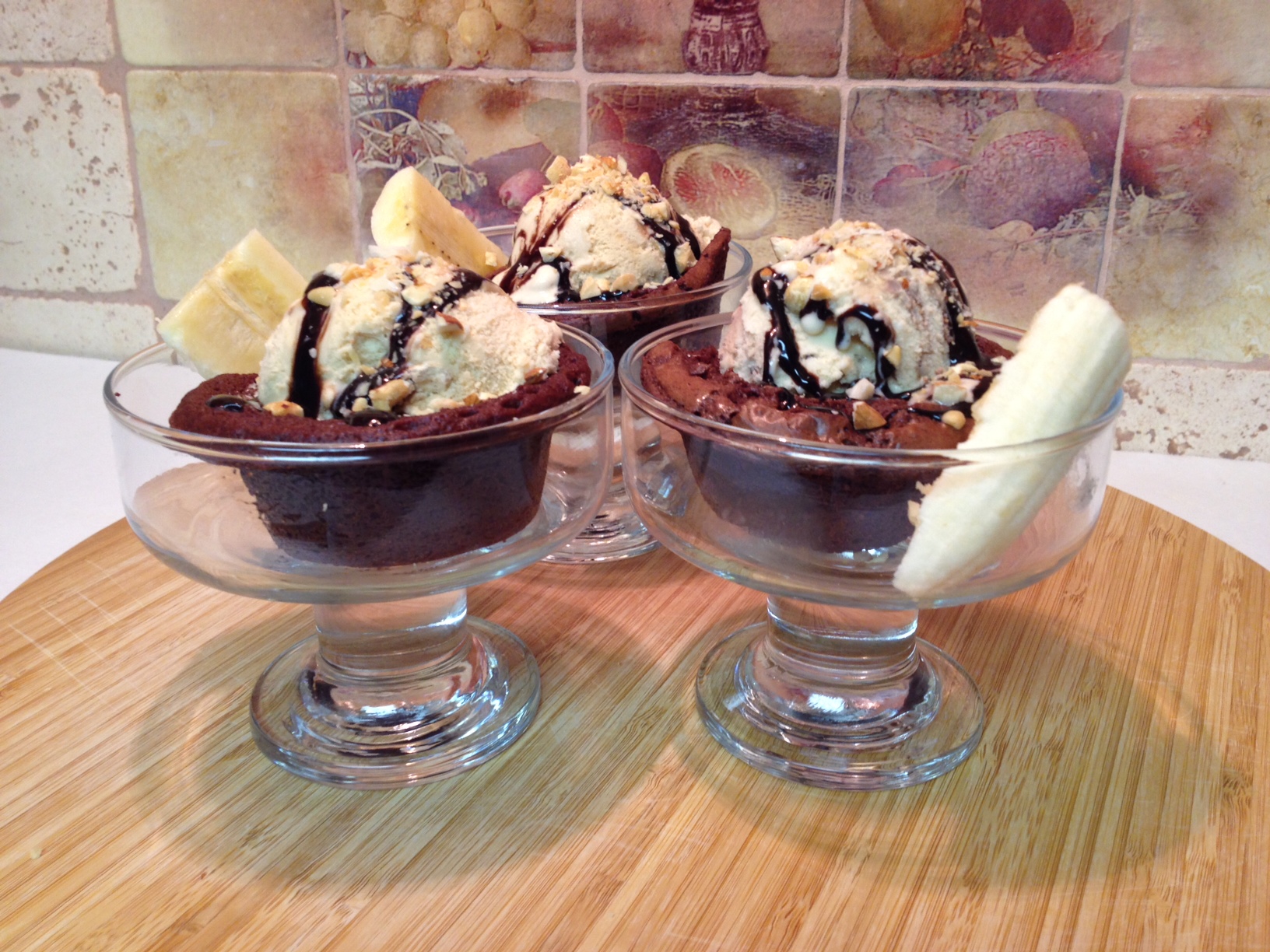 The first baked brownies came out of the oven in 1904 and the recipe appeared in a cookbook, called “Home Cookery.”

Ice cream can be traced back to at least the 4th century B.C. The Roman emperor Nero ( AD 37-68) ordered ice to be brought from the mountains and to be combined with fruit toppings.

The first ice cream maker was invented by Nancy Johnson in 1846. She patented her hand cranked freezer that established the basic method of making ice cream still used today.

According to the culinary magazine “Food and Wine,” President Ronald Reagan (US president 1981-89) declared the third Sunday in July the official National Ice Cream Day.

Follow the directions for your favorite brownie recipe to make the batter.

Spray cups of a muffin tin with cooking spray, and add brownie batter to each cup until they’re about two-thirds full.

Spray the second muffin tin, bottom side, with cooking spray and place on top of the first tin of brownies.

Place in the oven and bake, following your brownie recipe’s directions.

After the bowls are completely cooled, add a scoop of ice cream, top with chocolate sauce, nuts, sprinkles and a slice of banana.