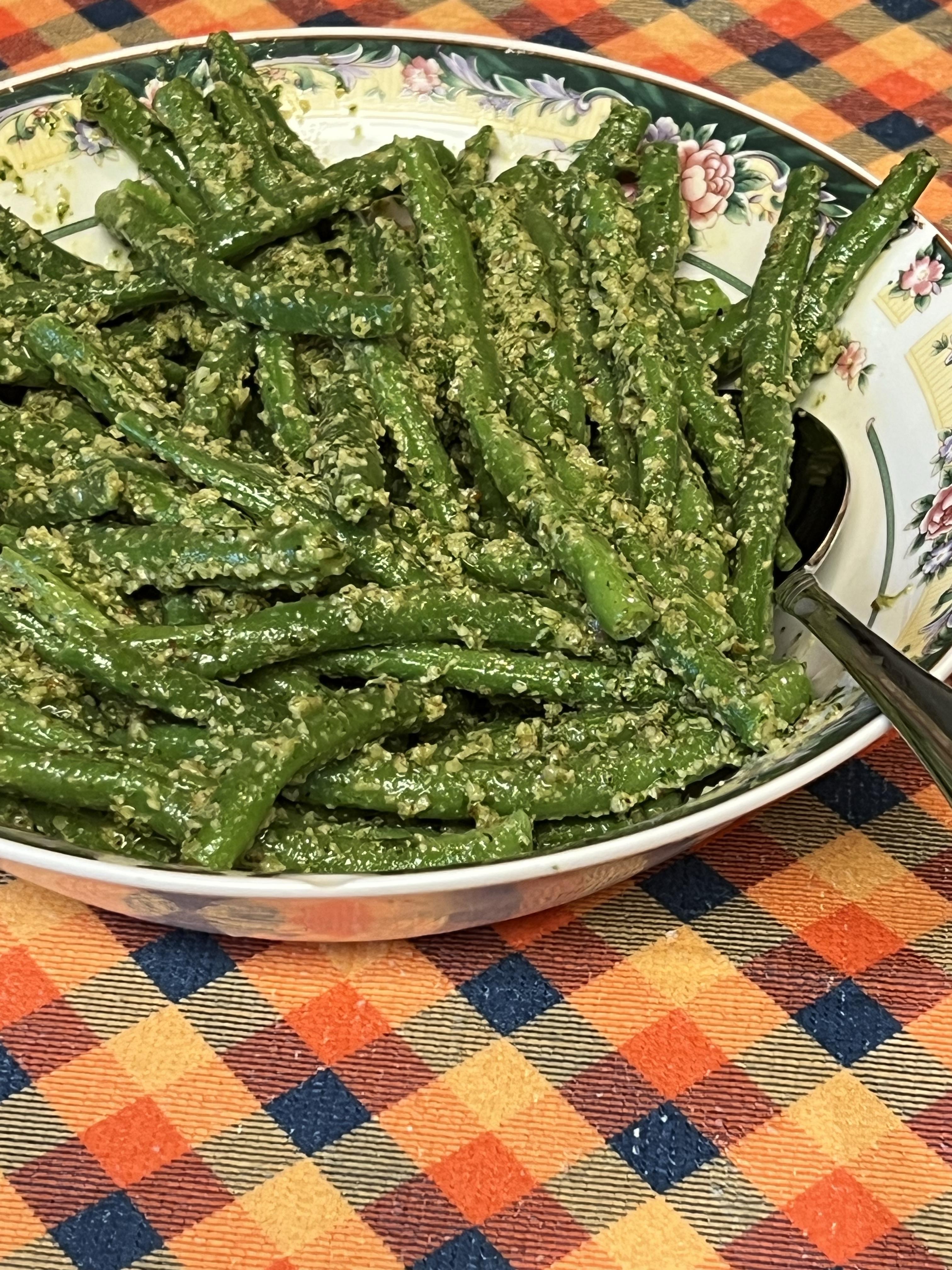 A simple side dish of crisp vibrant green beans dressed up with a cilantro sauce and turned into a green bean salad.

A cilantro sauce, similar to cilantro pesto but, unlike traditional pesto, it does not contain cheese.

Use that sauce and turn a bowl of ordinary cooked green beans into a salad.

Cook walnuts and garlic in 8-inch over medium heat, stirring often, until toasted and fragrant, 5 to 7 minutes; transfer to a bowl. Let garlic cool slightly, then peel and roughly chop.

Process walnuts, garlic, cilantro, oil, lemon juice, scallion, salt, and pepper in food processor until smooth, about 1 minute, scraping down sides of bowl as needed; transfer to a large bowl.

Season with salt and pepper to taste. Plate and serve with your favorite protein.

Suggested main dishes to serve with you green bean salad.