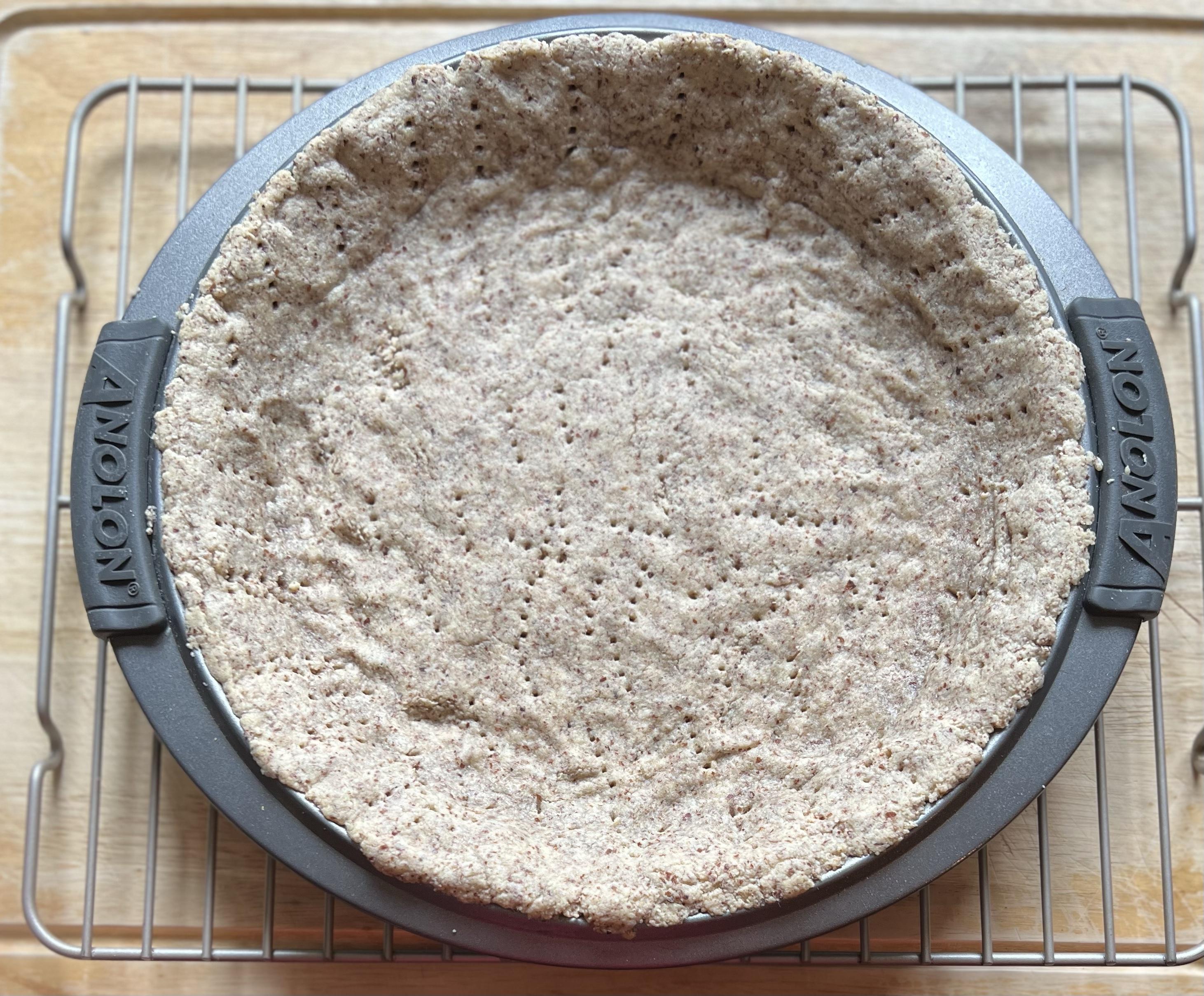 Almond Flour Pie Crust made gluten-free and grain-free. This simple recipe is quick and easy to prepare and yields one 9-inch pie crust. Whip it up for all your favorite pies no matter the season.

Use this Almond Flour Pie Crust recipe to make your next:

You can replace the egg with an egg replacer such as a flax egg to make an almond flour pie crust vegan version.

You can replace up to 1/4 cup of almond flour for coconut flour.

And you have the option to replace the coconut sugar for 1/2 teaspoon of garlic powder to make a savory pie crust.

Preheat the oven to 350 degrees

Add the almond flour, coconut sugar and salt to a mixing bowl. Mix well until combined.

Pour in the melted coconut oil and almond extract and stir until large clumps form.

Add in the beaten egg and stir well. Dough maybe very crumbly but continue to mix until it resembles a dough consistency.

Press the almond dough into the pie pan and up the sides of the pan until it is evenly distributed. Optional to flute the edges if using a pie pan.

Use a fork to poke holes around the bottom and sides of the crust to allow air flow and ensure it doesn’t rise and pull away from the pie pan.

To avoid burning edges of crust while pie is baking, cover with aluminum foil.

Bake crust on the center rack of the preheated oven for 12 minutes. Remove foil and continue baking for 3-5 minutes more. The edges should look just slightly golden-brown.

Cool completely on a rack before pouring in any wet ingredients.

Can freeze crust (up to l month) for later use.