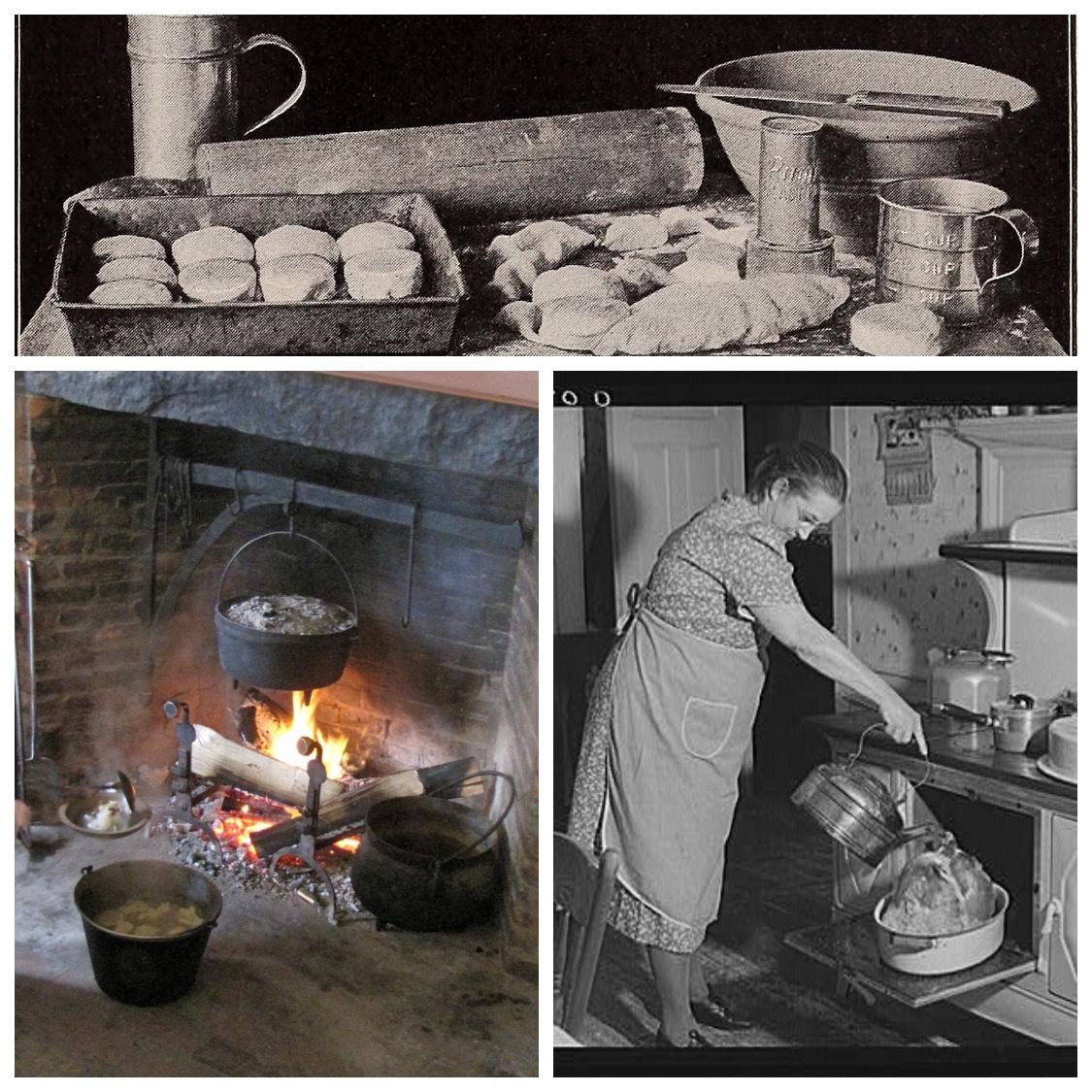 The exact origins of cooking are not known, but at some point, humans conquered fire and started using it to prepare food.

For most of human history, the only way to cook a meal, was over an open fire.

While fire is the most important element of cooking, it was not the only heat source which cultures around the world cook with.

And the aboriginal communities of sun-drenched Australia used the heat of ashes to bake bread.

The History Of Cooking

Ash cooking is one of the oldest and most common primitive cooking methods known to man.

Cooking food in ash, involves wrapping meat (typically fish) in large leaves either banana, grape or burdock, before cooking them over a bed of hot coals.

The baking of bread is also one of the oldest cooking methods. The first breads baked were done in hot ashes, or on hot stones.

Over time baking techniques improved with the development of an enclosed baking utensil and then of ovens.

But before there ovens, most food was cooked over an open fire.

Cooking Over An Open Fire

Up until around 150 years ago every household had a fireplace and any one who attended to the kitchen duties was obsessed with maintaining the kitchen fire.

And the obsession was never ending. Before matches were invented, you had to keep the kitchen fire continually burning. If it went out, chances were you couldn’t start it up again.

During the 19th century, pioneers or homesteaders (USA) who woke up to find the ashes cold would walked miles to borrow fire from their neighbors.

During the medieval times a large metal lid was used to cover the embers of the fire at night to keep them burning until morning.

Today it is estimated that 3 billion people worldwide still cook their meals over an open fire or flame.

The closest most Americans get to the hands-on experience cooking over an open flame is the backyard barbecue grill.

A heated flat stone was used for frying and baking. This method was the earliest way of baking bread.

The peoples of the Mediterranean, Africa and Roman Empire, used wood fires in a stone enclosure to broil meat and bake bread.

The first official oven in recorded history was built in France around 1490. It was made using brick and tile. There might have been other ovens before this date, but the French oven is the first one recorded.

While there have been many advancements over the centuries, the basic concept for the original oven has remained.

Except one invention changed it all. An oven with temperature control.

With the advances of modern cooking appliances, people could now cook on a stove top or bake cakes and roast chicken with control over the temperature.

Cooking In A Stove Top With Temperature Control

Before food could be boiled, it was necessary to have a vessel that could hold boiling liquids.

Animal skins, closely woven baskets, soapstone containers, and kettles made of bark served this purpose long before pottery was used.

Since these vessels could not be placed over a fire, they were filled with water into which heated stones were dropped.

Later in history, bronze was used as a cooking utensil. Utensils forged from bronze were ideal for stirring fires and plucking noodles out of boiling water.

The Chinese have made chopsticks since at least 1200 B.C. They were first used as a utensil for cooking.

It wasn’t until A.D. 400 that people began eating food with the chopsticks.

Some of the earliest known table forks were made in Ancient Egypt. The Qijia culture (2400-1900 BC) that resided in part of present day China also are known to have used forks.

The fork as it is used today, existed mainly for spearing things. It wasn’t widely used as an eating utensil until the 16th century.

Even though the fork was used in the kitchen, the table was saved for hands, knives, and spoons until the 8th or 9th century, when smaller versions of the fork began to pop up on Persian dinner tables, as tools for eating (Origins Of The Modern Fork).

In the early part of the middle ages (before the Crusades), Asian spices in Europe were costly and mainly used by the wealthy.

Most people ( the not so wealthy) prepared their food over the fire or boiled it out of necessity, rather than for flavor.

With the coming of the Crusades (AD 1095-1492), Asian spices such as pepper, nutmeg, cloves, and cardamom became less expensive and more widely available.

In early America, European spices were part of the food staples brought to the colonies by early settlers. Colonists soon began incorporating indigenous spices and herbs as well into there cooking.

Can’t leave out the chef, when it comes to the history of cooking.

With modern cooking advances and cooking techniques, professional chefs were born so to speak. And they made it their job to cook for others.

But being a chef isn’t a new invention. As ancient Egypt already had many different food related jobs, including butchery, baking, brewing, and winemaking as shown by tomb paintings, sculptures, and archaeological remains.

In conclusion, the history of cooking is an important part of our culture. The history tells us about the traditions, ingredients, flavors, methods of cooking and the utensils used.

Over time, the home kitchen has seen and experienced changes such as the introduction of new ingredients, cooking methods and techniques. Most recently is the infusion of ingredients from different cuisines.

If you are not sure what we all have in common, this you can be assured, we all cook our food to eat.

Read More Here About Why We Cook

Popular Ingredients We Cook With