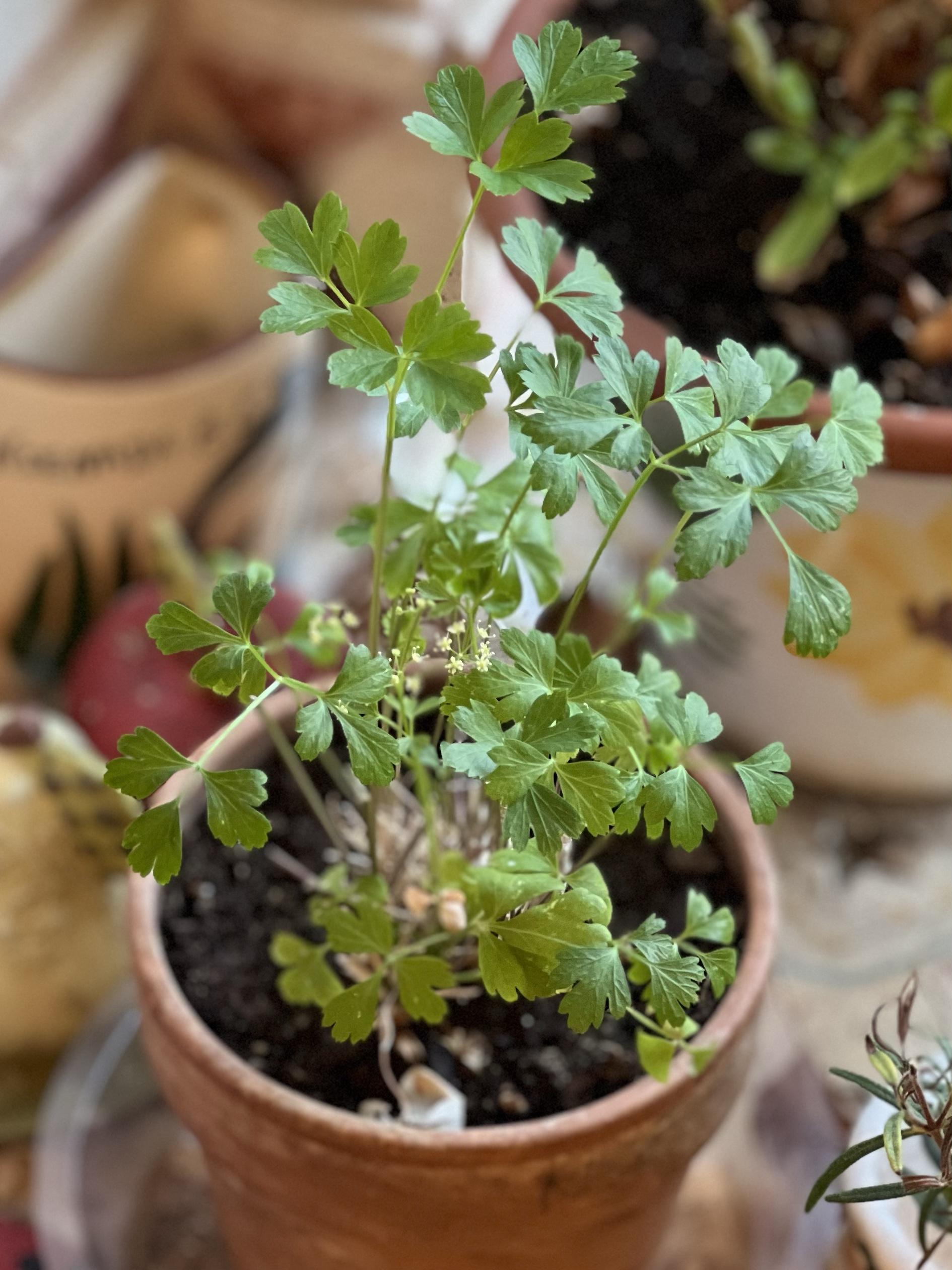 Parsley has been cultivated for more than 2,000 years. And it is native to the central Mediterranean region.

It is widely used in European, Brazilian, Middle Eastern and American cuisine because of its fresh herbal flavor, quick flash of color, and versatility.

The name “parsley” comes from the Greek word petroselinon, meaning rock celery, as it thrives on rocks and walls.

Parsley is sold in bunches and can be refrigerated for up to a week.

Dried parsley is sold as a spice. With the latter used in cooking and fresh parsley used as a garnish. Though both can be used when cooking.

There are two main varieties of parsley: flat leaf and curly leaf.

Curly leaf is probably the most recognizable, as restaurants often use it as a garnish on their plating, but both varieties are widely used in cooking.

According to Learning With Experts, of the five culinary herbs every gardener should grow, they note parsley first, followed by chives, basil, cilantro and mint.

As culinary herb experts, they write that flat-leaves parsley is the best to grow for its texture and flavor.

They recommend using it chopped in salads, like this Mediterranean Potato Salad or this Peach & Shaved Fennel Salad.

The semi-tuff stems can be chopped and used in stir-fries, salsas and pasta dishes.

The green tender leaves of the parsley plant are used as well to garnish mashed potatoes and rice dishes, such as pilaf or risottos.

Parsley adds not only taste, but the fresh aroma, texture, and nutrients as well to sauces.

It is also used in making salsas. Like with this Sun-Dried Tomato Basil Salsa – find recipe here.

Parsley is so versatile that it can be used in egg dishes at breakfast, like with this Instant Pot – Cheesy Green Pepper Sun Dried-Tomato Strata.

Or garnish your favorite protein at dinner, such as with this One Skillet Savory Apple Butter Pork Chops.

Experiment a little, and you can develop your own favorite ways to use this important, under appreciated culinary herb.