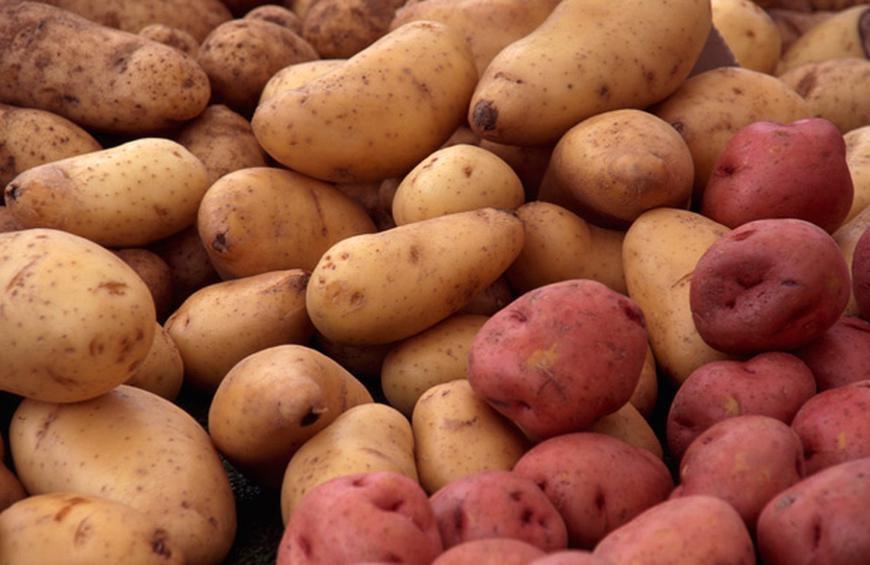 There are over 4000 types of potatoes that come in all shapes and sizes. After rice and wheat, potatoes are the third largest food sown and harvested.

Depending on the variety of potato used, you can mash, bake, roast, boil, scallop, and even make hash browns or fried potatoes.

Potatoes are even made into a flour at which you can make potato gnocchi.

Potatoes are grouped into three varieties, or categories. They include:

Two main characteristics define a starchy, waxy and all-purpose potato. These include their starch content and moisture content.

Let’s examine which potatoes fit these categories and how to cook with them.

Starchy potatoes are high in starch and low in moisture.

They good for making baked, mashed and fried potatoes.

And even ideal for making gnocchi – Like this One Skillet Creamy Gnocchi With Italian Sausage & Kale.

A starchy potato is a wonderful option when making a soup or stew.

Starchy potatoes are the best for making light and fluffy mashed potatoes. The potato to use is a “Russet.”

Russet potatoes cook and break down faster than other types of potatoes, which means that they require less mashing.

Before and after cooking it is vital that you rinse your potatoes.

1. Peel and cut the potatoes into small chunks, making sure that all the pieces are the same size for even cooking (about 1-inch).

2. Wash your potato pieces using a colander to remove the starch.

3. Place in a pot with cold water and bring to a rapid boil.

4. Using a colander to drain the cooked potatoes and rinse in hot water for about 1 minute.

5. Press potatoes through a potato ricer. A ricer is specifically designed to mash potatoes with little force. And this is important, as the less force used the less starch will be released.

6. Warm milk and butter in a sauce pan and gently fold into the mashed potatoes using a rubber spatula until just combined.

If you boil them, reserve some of the salty, starchy cooking water to adjust the consistency of the mash.

Be sure not to over stir them, as they will become gluey.

When making baked potatoes the ideal doneness is 205 degrees, but no higher than 212 degrees (having a instant read thermometer on hand is a great idea).

Place your potatoes on a a wire rack prevents a leathery ring from forming beneath the peel.

Among the starchiest potato is the Idaho Russet.

Waxy potatoes are low in starch and high in moisture. They are called “new potatoes” but truthfully are not a potato variety.

New potatoes are young or small potatoes of several varieties. They are harvested early in the season on purpose before they get bigger.

An early harvest makes for a creamy but firm flesh. As well as a sweet flavor and delicate thin skin.

Waxy Potatoes Hold Their Shape When Cooked In A Liquid

New potatoes are not good for making mashed potatoes, but rather are suited for recipes that require an intact potato or in other words, hold their shape after cooking.

Red potatoes are great for roasting. But because of their low starch and high moisture content they can take a while to crisp up, so be sure to allow plenty of time to cook them.

Waxy potatoes include, fingerlings, yellow, red thumb, red bliss and baby (or petite) potatoes, among others.

An all-purpose potato has medium starch and medium moisture content.

An all-purpose potato is exactly that, a potato that is good for any recipe. They are great substitutes when a recipe requires a starchy or waxy potato.

Their medium starch content allows them to hold up to a variety of preparations, including boiling, baking, sauteing and frying.

All-purpose potatoes include among others, the Yukon gold, marcy, and pike (Pike potatoes are one of the most commonly used for making potato chips).