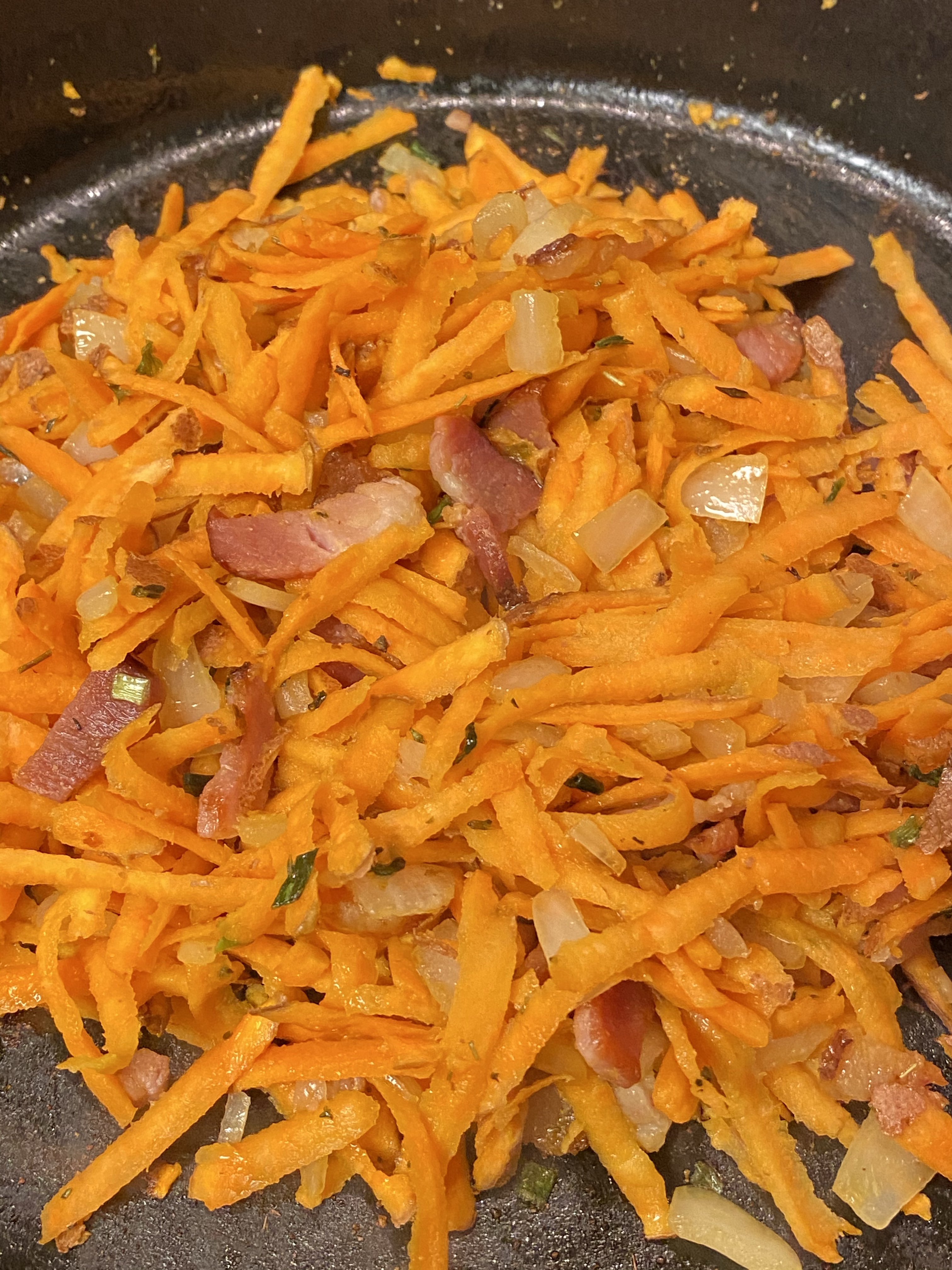 If you’re looking to introduce vegetables into your breakfast sweet potatoes will do the trick.

Sweet potatoes are native to Central and South America.

They typically have brown skin and orange flesh but also come in purple, yellow, and red varieties. There are over 400 varieties.

In the United States and some other countries, sweet potatoes are often called yams, even though they’re different species.

They can vary in size, measuring up to 12 inches long and weighing up to about one pound.

Nutrition of The Sweet Potato

The sweet potato provides a variety of nutrients, including vitamins A – B6 and C, calcium, potassium, magnesium and antioxidants.

They also contain antioxidants and are three times more concentrated in the skin than the flesh.

Cooking With A Sweet Potato

The sweet potato is probably one of the most-versatile vegetables to cook with.

There are so many ways to use sweet potatoes as the possibilities are endless.

They can be used in both savory and sweet applications, when cooking or baking.

Typically, they are served either baked, roasted, steamed, boiled, simmered, or fried. And dessert form, as a sweet potato pie.

Heat a large skillet over medium heat. Chop in bacon until just crisp. Be sure to cut in enough bacon fat, which will be used to cook shredded sweet potato.

Next add diced onion and cook until onion is fragrant, about 2 minutes.

Next add chives, thyme and garlic. Stir in and then add the shredded sweet potato and cook for about 5 minutes for soft hash browns or about 8 to 10 minutes for crispy hash browns.

Plate and serve topped with a sunny side up eggs.