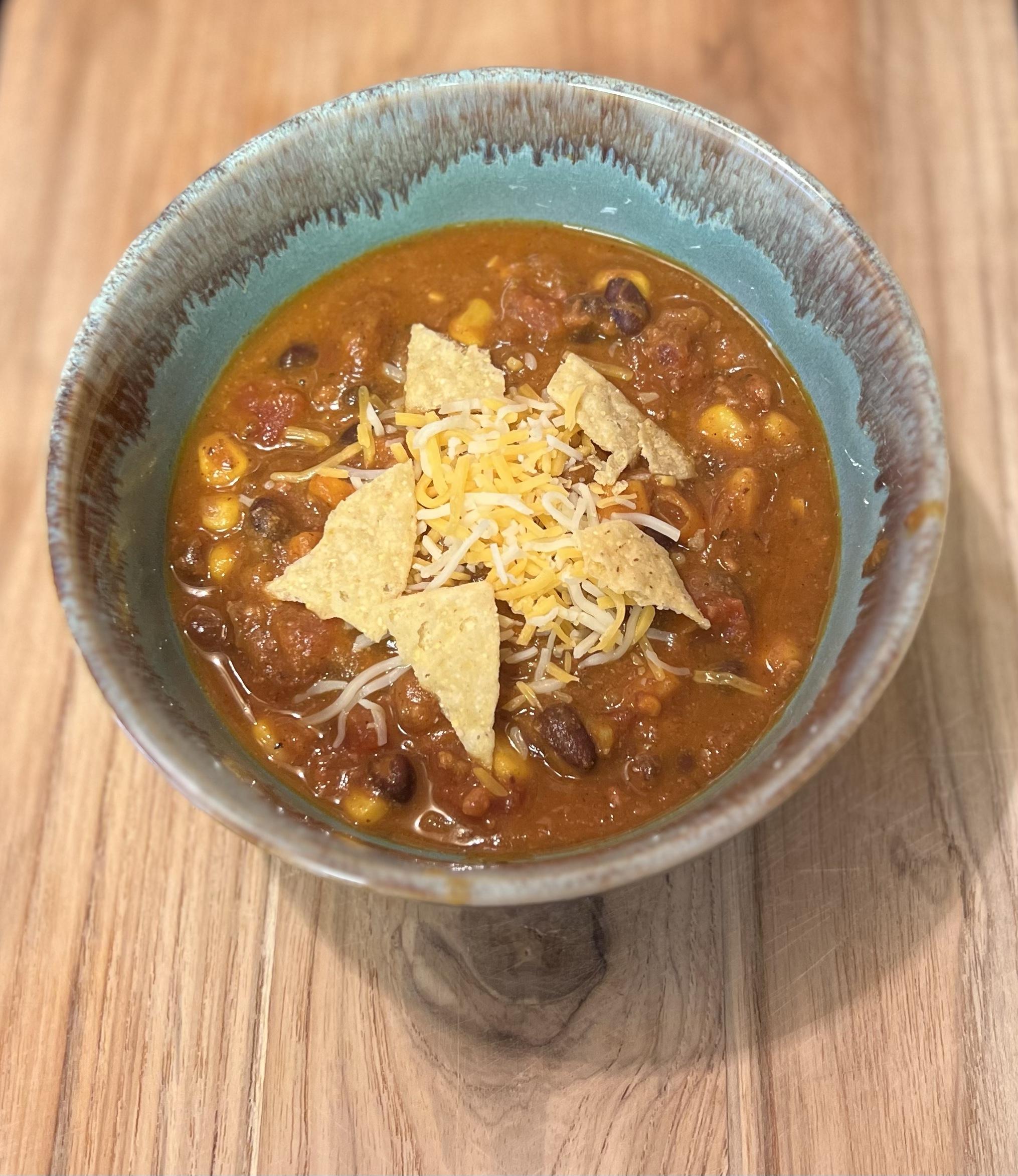 Most soups with texture and consistency are filling and robust. And this savory but slightly spicy Pumpkin Chorizo Soup is no exception.

This warming but satisfying Pumpkin Chorizo Soup is inspired by the Mexican soup- “Sopa de Calabaza.”

Chorizo is a popular ingredient in many Hispanic cuisines. Unlike the chorizo from Spain (already cooked and is salami style) Mexican chorizo has to be cooked.

Mexican chorizo is cooked without the casing and finely crumbled.

Chorizo is used to make tacos or tortas, and it’s often served with eggs for breakfast.

salt and pepper to taste

Cook the chorizo by gently breaking it apart in a large sauce pan over medium-high heat, about 7-10 minutes. Remove chorizo.

Add the oil and onion (alternatively, leave a tablespoon of chorizo fat and omit oil) saute until tender, about 4 minutes.

Add the garlic and cumin and saute until fragrant, about a minute.

Season with salt and pepper. Add garnishes if desired.

Sour cream, cheese, pumpkin seeds and tortilla chips are all great topping for this soup.

If the soup is too thick (stew like consistency) add up to one more cup of chicken broth.

Try these other hearty and deliciously yummy soups made with pumpkin or chorizo.