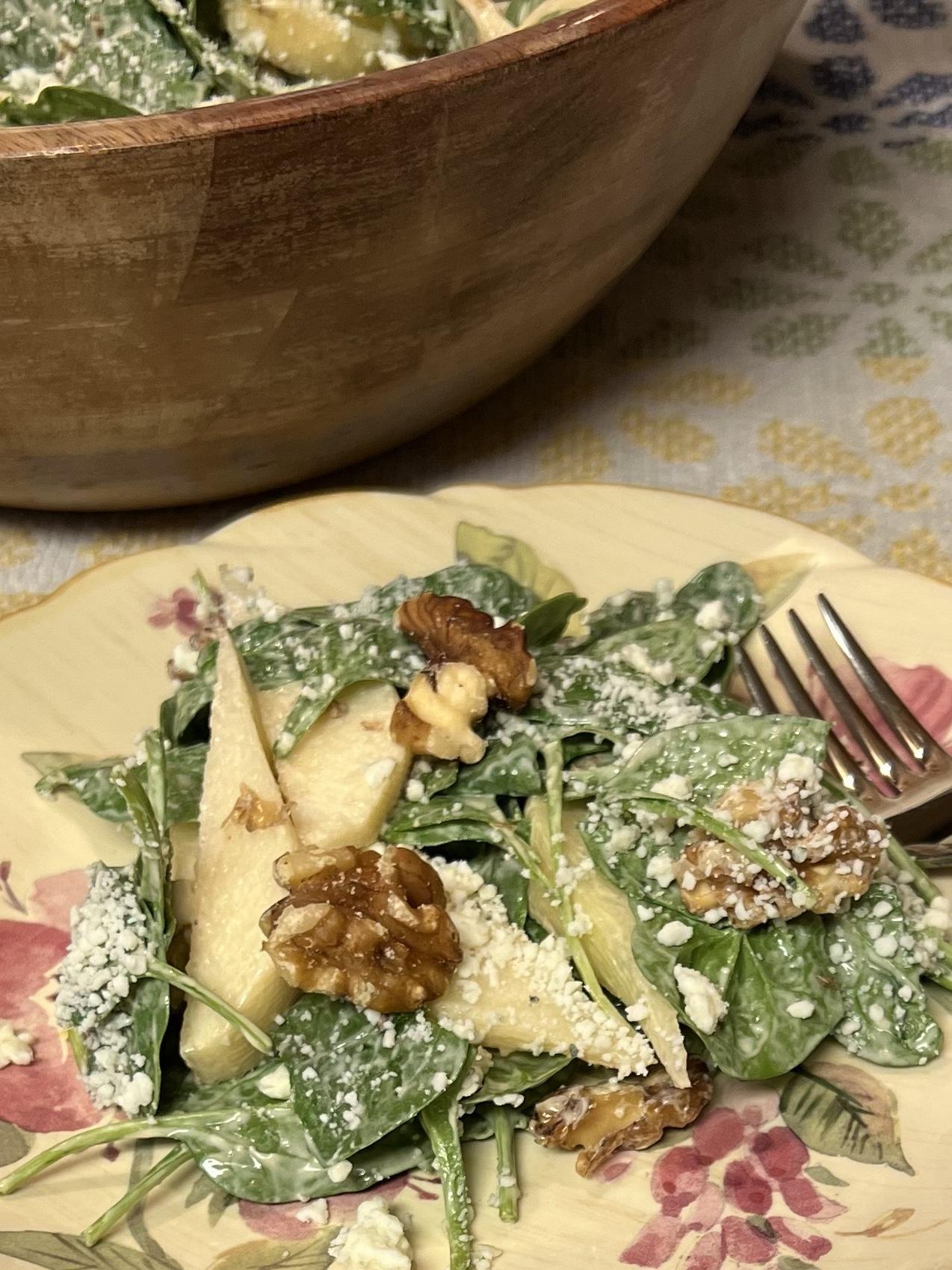 Spinach combines perfectly with Bosc pears and walnuts in this deliciously yummy salad.

It’s versatile as well. If you prefer, apples can be used instead of pears. As well as a few handfuls of blueberries.

The Bosc is a cultivar of the European pear that originates from France. The name Bosc is given to the pear after a French horticulturist named Louis Bosc.

The Bosc, pairs well with this salad as it is juicy, crunchy and sweet, if used fresh harvested or early in their ripeness cycle.

If used when they have become fully ripened, the fruit becomes sweeter and softer, and the skin becomes wrinkly.

Because of the pears firm and solid flesh, it can be used in a variety of ways such as broiling, poaching and baking. As with this baked Blueberry Pear and White Chocolate Bread Pudding.

They maintain their form throughout the cooking process making them a resilient fruit to use.

If you have no walnut oil, a good substitute would be either sesame or peanut oil.

If blues cheese is not your favorite cheese, you could substitute with either feta or Goat cheese.

Prepare the oven to 350 degrees. Spread the walnuts on a baking sheet and toast, stirring occasionally, until aromatic, 8 to 10 minutes; do not let them burn.

Meanwhile, in a large bowl, whisk together the sour cream, mayonnaise, walnut oil, vinegar, Worchester sauce, hot pepper sauce, and a pinch of pepper until smooth.

Add the spinach, pears and walnuts to the dressing and toss to coat evenly.

Arrange on plates or in bowls sprinkle with the cheese and serve.