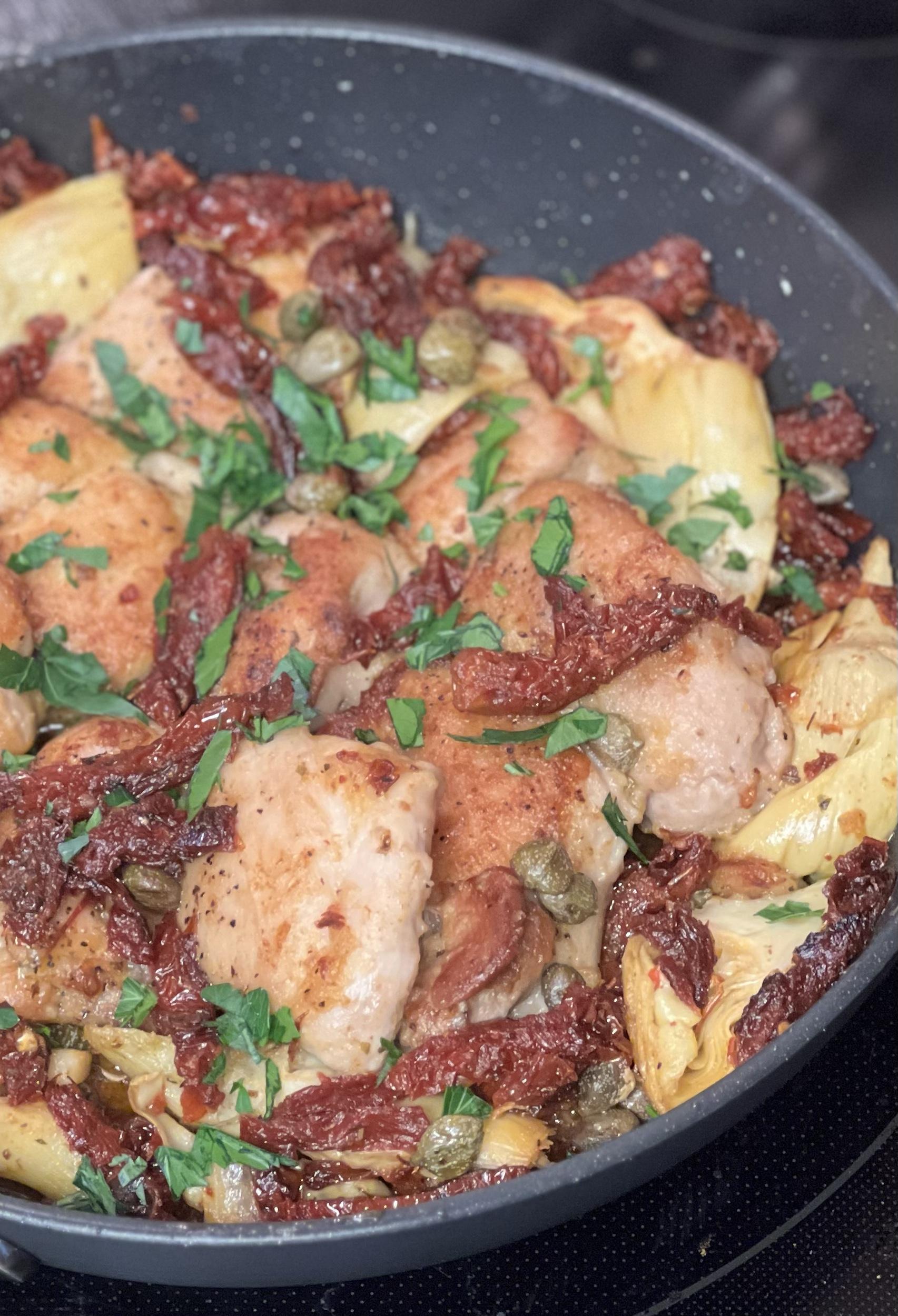 This one skillet chicken recipe is easy to prepare, 30 minutes from start to finish.

You’ll love the play of flavors in this dish as it is filled with Mediterranean flavor. Sun-dried tomatoes, artichokes, capers and olive oil.

Capers are the edible flower buds that grow on a perennial plant called Capparis spinosa or Flinders rose.

Capers are about the size of corn kernels. They typically harvested and pickled or used as a seasoning or garnishment.

Due to their strong taste, it’s best to use capers sparingly. They are purchased in jars and are ready to use.

Just give them a rinse so as to remove some of the salt or vinegar, which allows the true flavor of the caper to come through in the dish.

Capers have a flavor described as lemony, olivey, and salty. Much of the briny, vinegary taste comes from packaging.

If you like this dish featured but find you do not like the flavor of capers, they can be easily substituted for finely chopped green olives.

Season chicken with salt and pepper.  On a large plate, dredge chicken in flour.

Heat 2 tablespoons of olive oil in a large skillet on medium-high heat.

Remove the chicken to the plate.

Push the vegetables to the sides of the skillet, and add the chicken back.

Cook the chicken and the vegetables on low-medium heat for about 5-10 more minutes, covered, until the chicken is completely cooked through and no longer pink in the center.

Serve immediately. Make sure to spoon the olive oil mixture of vegetables from the skillet over the chicken.