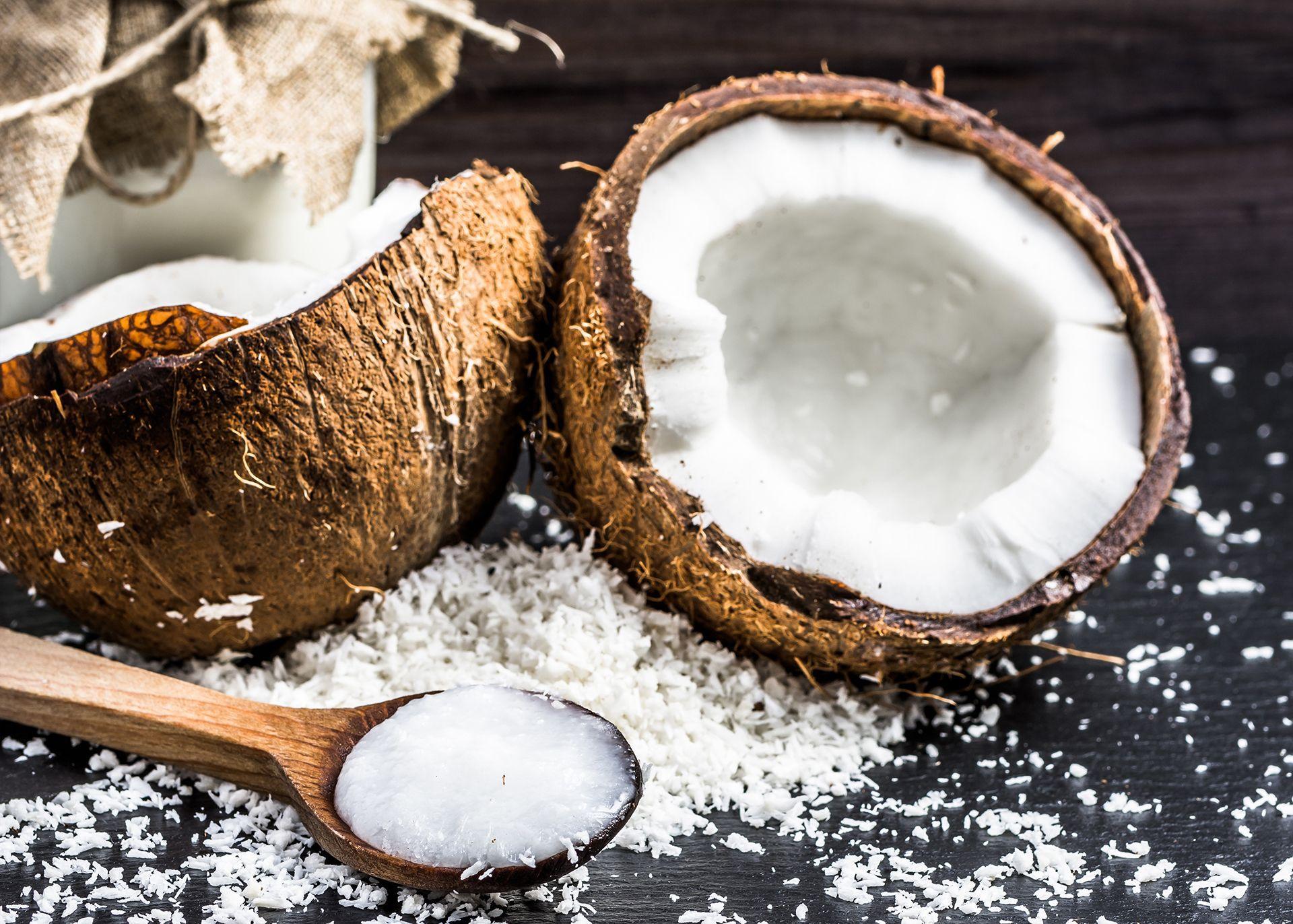 Coconut is a food with a culinary diversity. You can use the flesh either fresh of dried. You can turn the flesh into flour, milk, cooking oil, and even use the water or juice as a beverage.

The sap of the coconut palm can be used as sugar or a sweetener. The thin outer skin is edible as well and high in fiber.

The coconut adds texture and nutty sweetness in all its forms to whatever you add it to. Such as fruit salads, slaws, cakes, and cookies.

Let’s examine in brief the culinary diversity of a coconut starting with the oil.

The modern day cook can use coconut oil as a substitute for butter, vegetable oil, or shortening in baked goods, roasted vegetables, soups, stir-frying, and so much more.

When baking with coconut oil it is best to use other ingredients at room temperature, such as eggs and milk for example.

Adding it to ingredients just out of the refrigerator can cause coconut oil to reharden and will cause your batter to clump up.

Before adding coconut oil to your dry ingredients, always melt it down first.

Refined coconut oil is neutral, it has no coconut flavor or aroma. It is refined oil to use when cooking at high heat, such as when popping popcorn.

Natural coconut oil (unrefined) will not work for stir-frying or deep-frying as it has a low smoke point of 350 degrees Fahrenheit, which means that above that temperature the oil will burn and taste rancid.

As already noted above you can use coconut oil in place of butter. But keep in mind that butter contains water, whereas, coconut oil has not water.

When replacing butter for coconut oil, use about 25% less of it (use oil in its harden form when measuring it out as butter).

Also be sure to increase the non-fat liquid component in the recipe to compensate for the missing water from butter.

As an example, if using eggs in the recipe, add one to two egg whites to compensate for the water. Eggs are about 70% water, with most of it in the whites.

Coconut sugar is actually sap of the coconut palm tree. Similar to sap from a maple tree.

Coconut sugar is an effective sweetener, but it does not function exactly like cane sugar or brown sugar ( sugar with molasses added).

Coconut sugar doesn’t pack down quite as tightly as brown sugar. It also doesn’t have the same molasses notes, therefore it brings a lighter overall flavor to baked goods it is used in.

White and brown sugar are very fine grains. To get a similar grain, grind the coconut sugar for a few seconds in a blender or coffee grinder. Don’t grind to long, or it will become powdered coconut sugar.

Grain-size can affect the texture of your baked goods, as sugar grains (coconut or cane) that are too large can make it harder if not, to cream the butter with the sugar.

Coconut sugar burns at a lower temperature than white sugar, which means that you are restricted to using it in recipes like cookies and cakes, but not for making candy or caramelizing.

You will also need to add extra moisture to your batter when opting for coconut sugar. If not, the baked good will result in a dryer and denser crumb.

The extra liquid in the form of wet ingredients can include, yogurt, mashed banana, apple sauce, or egg whites.

Also coconut sap makes for a darker sugar, so don’t use it when the baked good needs to maintain a pale color, like in an angel food cake for example.

Coconut flour is not a neutral-tasting flour like wheat flour. If you use it in a recipe with a mild flavor, you will be able to detect nutty coconut notes.

If you don’t want the flavor but still want to use coconut flour, use it in preparations where stronger flavors will play the main role. Theses flavors can include among others: chocolate, banana and coffee.

Coconut flour is not a flour to be used alone when baking. Coconut flour absorbs moisture. To prevent this, you will need to use another gluten free flour in larger portions.

Here are some examples.

Coconut milk and cream provides for flavorful culinary dishes such as curries and stews.

Coconut milk and coconut cream are similar products, yet they contain key differences. The two are often mistaken as the same product, sometimes leading to botched recipes.

Coconut milk is shredded coconut meat that is mixed with water and pureed until smooth. The product should not be confused with coconut water.

Coconut cream is is a very thick cream skimmed off the top of the coconut milk.

Compared to coconut milk, coconut cream has a much higher fat content, containing around 19-22% fat.

Coconut cream has many different uses in cooking, being used to add thickness to recipes like curries, soups, smoothies and some sweet desserts. Like this Mango Coconut Rice Pudding.