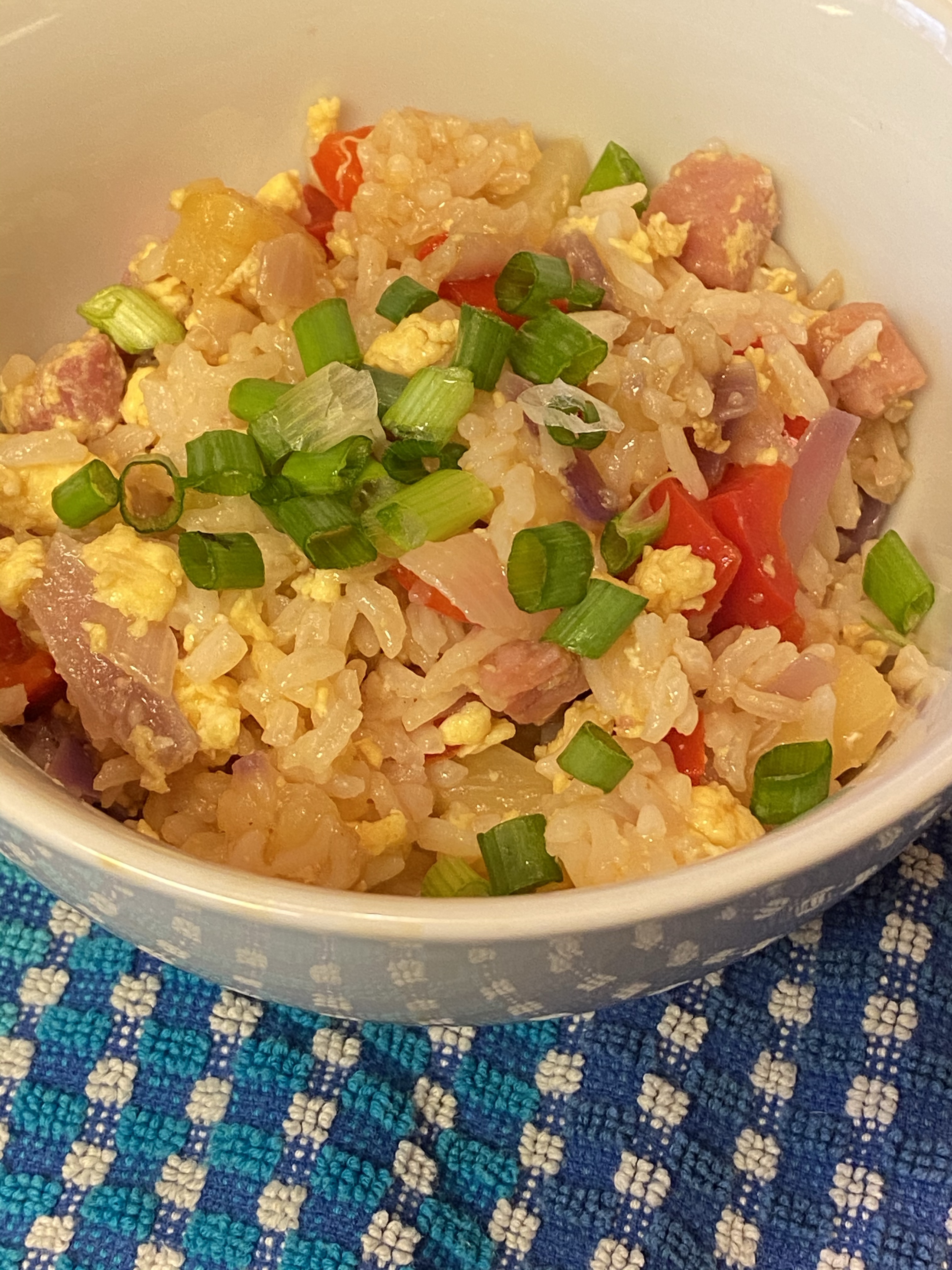 After the first contact with the people of the Hawaiian islands in 1778, sugar plantations were planted. And later pineapple plantations.

As the plantations grew, so did the demand for workers, which brought immigrants to the Islands between 1850 and 1930.

Along with them they brought cuisines from China, Korea, Japan, the Philippines, Puerto Rico and Portugal.

Later in 1992 the islands style of cooking was labeled Hawaii Regional Cuisine.

Hawaiian cuisine makes use of locally grown ingredients to blend all of Hawaii’s historical influences together to form a new fusion cuisine.

During the early 1970s, Hawaiian poke was introduced and became popular. With that introduction also became popular in the new fusion cuisine was soy sauce, green onions and chili peppers.

The first immigrant workers to Hawaii were the Chinese, who introduced long grain rice to the islands around 1860.

Later the Japanese introduced short grain rice which became the preferred rice to use in Hawaiian cuisine.

Hawaii no longer produces rice, but has it imported for the many rice dishes that are prepared.

According to Hawaii.com, rice is Hawaii’s staple starch.

Slide the ham onion, and red bell pepper to the side, and pour the beaten eggs onto the other side.

Using a spatula, scramble the eggs. Once cooked, mix the eggs with the vegetable mix.

Add the rice and pineapple to the veggie, ham and egg mixture. Pour the soy sauce and sesame oil on top.

Stir and fry the rice and vegetable mixture until heated through and combined.

Is It Okay To Reheat Cooked Rice?

February 4, 2023Korean Style Beef Over Cauliflower Rice
Ground beef is so versatile. You can use it to make burgers, …
February 2, 2023Instant Pot Garlic Parmesan Chicken
A deliciously tender Italian chicken recipe. Made in a creamy garlic-parmesan sauce …
Loading Comments...
%d bloggers like this: