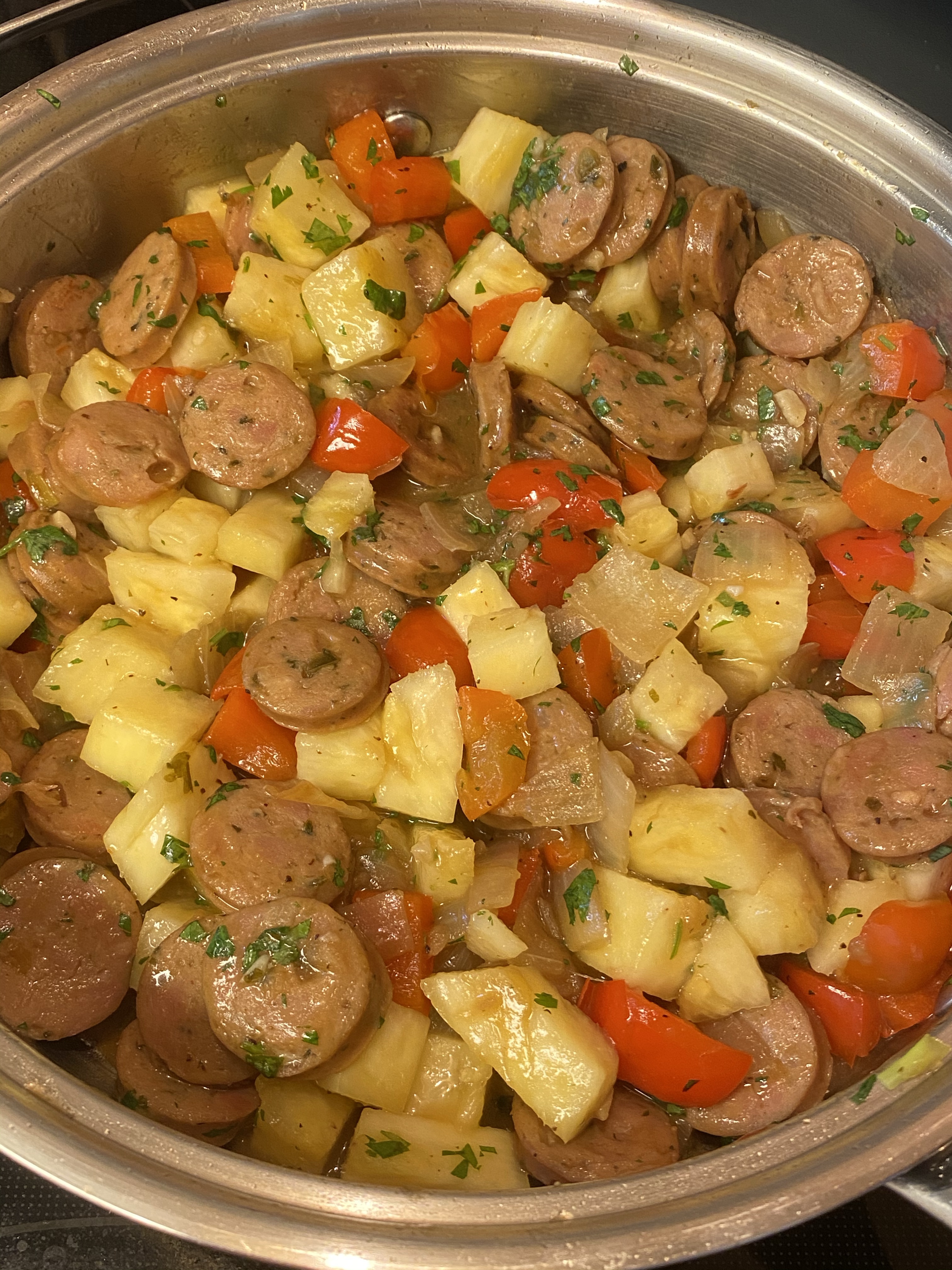 Several culinary cultures have had an influence on the Hawaiian Islands.

It started with the Polynesian’s migration to the islands around 400 A.D.

The Polynesian cuisine offers a wide variety of specialities, mostly based on seafood and exotic fruit.

But the food culture took a dramatic turn around the mid-19th century.

Culinary influences came to the islands first with the Chinese around 1852.

The foods the Japanese brought was sashimi, tofu, bentos, shave ice just to mention a few.

Next came the Portuguese arrived in 1878. With them they brought Portuguese sausage, now a breakfast staple, as well as sweet bread.

Portuguese Sausage – An island favorite found on every breakfast table

The Puerto Rican’s arrived around the 1900’s. Bring with them dishes that included pastele stew, honto (gandule – pigeon peas) rice, and panadejas or empanadas.

Hawaii’s favorite foods were brought by the Korean’s in 1902, which includes kimchi (tangy cabbage condiment), and Korean fried chicken.

In 1916 came pancit (rice noodles), papaya chicken, and lumpia or spring rolls with the arrival of the Filipino’s.

After World War II, there was a large American military presence in Hawaii.

The US government needed to feed a lot of soldiers everyday, but it was extremely difficult to get fresh meat out to Hawaii.

So, the soldiers ended up being fed a lot of SPAM, which is cheap and non-perishable.

So much SPAM was sent, that the soldiers gave the cans to be sold in the markets. The rest is history, as Hawaiian’s love SPAM.

In a large skillet over medium-high heat, add oil, onions, and sweet peppers and sauté for 5 minutes. Add garlic, ginger, and pepper and cook for 1 more minute.

Add chicken sausage and continue to cook for 3 more minutes.

Mix the cornstarch and soy sauce in a small bowl then add to the pan, along with lime juice, pineapple juice, and honey. Stir in and sauté for 2-3 minutes until sauce is thickened to your liking.

Fold in pineapple chunks, cilantro, and red pepper flakes (if using) and cook for another 2 minutes.

Serve with brown or white rice.

Hawaiian style food is delicious. You need to make this Hawaiian Fried Rice.

February 4, 2023Korean Style Beef Over Cauliflower Rice
Ground beef is so versatile. You can use it to make burgers, …
February 2, 2023Instant Pot Garlic Parmesan Chicken
A deliciously tender Italian chicken recipe. Made in a creamy garlic-parmesan sauce …
Loading Comments...
%d bloggers like this: